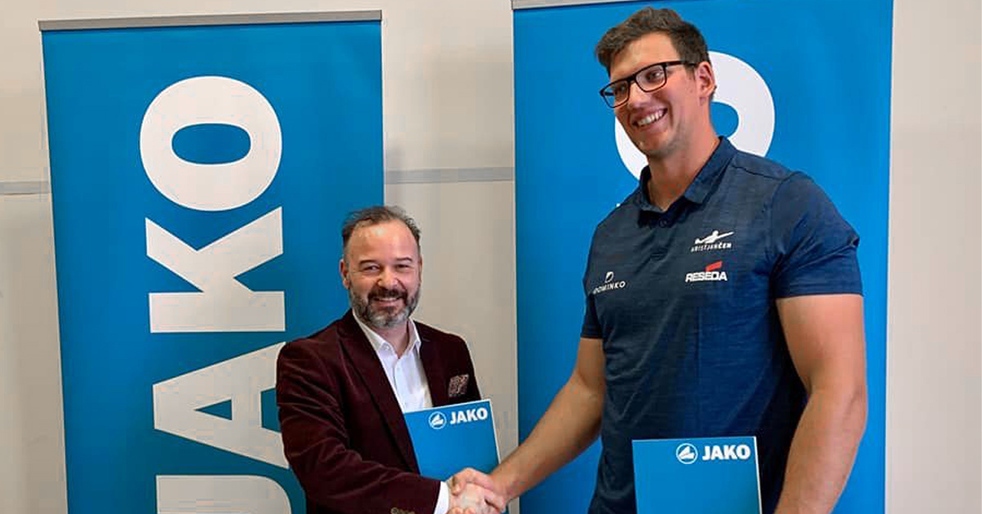 Since the beginning of March, the Slovenian discus thrower Kristjan Čeh has been outfitted by JAKO. The contact with Kristjan came about through the JAKO Slovenia team. The 23-year-old is considered one of the biggest talents in his discipline and already regularly throws for medals. At a press conference on 6 March, the cooperation was announced in a big way on Slovenian television.

Kristjan's successes so far include 2 gold medals at the U23 European Championships, a 5th place at the Olympic Games in Tokyo and the Slovenian record. He even holds the world record in the under 23 age group.

Most recently, he won the European Throwing Cup in Portugal, beating, among others, the current Olympic champion in the discus.

This year Kristjan wants to attack the top. He is working with former Olympic champion Gerd Kanter. We are excited to see where the journey will take him and look forward to accompanying Kristjan on his way.